Welcome to the Prince George & Northern BC Regional Page! 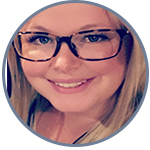 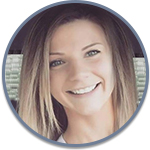 Courtney has always had a passion for helping others (for as long as she can remember) which led her to a job working with a young boy diagnosed with Autism after she graduated high school. She worked in his home-based ABA program as his Behaviour Interventionist and quickly realized how much she loved the work so she decided to make a career out of it! Little did Courtney know the service was very much needed in the North that she would become very busy and constantly have families contacting her to work with their child.

In 2015 Courtney had her daughter and in 2017 she had her son, which really opened her eyes and changed things for her. It was hard being a mom and running a business (with no maternity leave) so she was excited to hear of the opportunities with Pivot Point when they announced coming to Prince George and Northern BC! After many wonderful talks with Pivot Points Executive Director Courtney merged all of her NIBIS clients and staff members to Pivot Point in February 2019 and accepted the position as Regional Manager for Prince George and Northern BC.

Courtney is extremely happy with all of the growth she has had in the North with Pivot Point and all of the high quality services we are now able to offer!

Nicole is very passionate about supporting individuals and families in Prince George! She started Behaviour Intervention work in 2013 and found it was a great fit for her personality and lifestyle.

In 2016, Nicole graduated from UNBC with a Bachelor Degree in Social Work, with a specialization in child welfare. Over the years she has gained extensive knowledge and experience in a number of positions within the community but has since found her home with Pivot Point.

Nicole thrives off creating connections with her clients, families, and community partners and looks forward to meeting with you!

About Services in Prince George

Pivot Point is thrilled with the changes that have been happening in Prince George since our start there in October 2018!  We have established a great community office, and are proud to offer our Community Classroom from a central location, giving several students the chance to have comprehensive educational and social/emotions support throughout each school day.

Complete our Request a Meeting  form to find out if we’re the right fit for you!

We are currently accepting applications for staff interested in joining our teams in Prince George, Vanderhoof, and Fort St. John.  Visit our Apply Now page to submit your application! 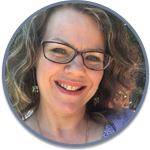 I have over 25 years of experience working directly with children with special needs. I started my career in community recreation, and started a program to address physical activity for children with special needs. I began working as a Behaviour Interventionist (BI) in home intervention programs and decided to pursue Behaviour Consultation certification as I discovered my passion for teaching children who required specialized learning techniques.

I became a Behaviour Consultant in 2009, becoming a Board Certified Assistant Behaviour Analyst in 2011. Most recently, I have completed my Master’s Degree in Psychology, with specialization in ABA.

My primary area of experience is in working with children aged 3 to 12 years old, however I do also serve teen and adults. I use multiple ABA teaching methods to develop independence and promote positive behaviours. I use the Verbal Behaviour approach to language development, and Natural Environment Teaching to promote socialization and play and am experienced in teaching children to communicate using picture symbols, using visual supports and developing language based on motivation and enjoyment of activities.

So much learning happens outside of the therapy room and so I feel it is important to work with families to incorporate ABA at home in easy, everyday interactions. A personalized ABA program combines teaching techniques which are the most effective for your child and which are the most comfortable for your family. I look to research and experience to inform my advice and recommendations so we can have a discussion about which way to go and what you are comfortable with

I believe that respectful and genuine collaboration is an integral part of working with your child and your family. As the parent, you are the expert in your child and I see my role as one to work alongside of you as you help your child be the happiest they can be. Your child’ schools and community partners will also be invited to be a part of the collaborative team which helps ensure that everyone who has an important role in your child’s development can use their expertise and knowledge. Whether that is by learning to communicate, learning to be more social and flexible, or just learning how to make friends, and do better in school, my approach is one of patience, knowledge and understanding to help your child shine. 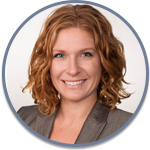 I provide family and individual counselling services to youth, adults, and couples. With my clients, I strive to help improve their emotional and mental well being, develop self-awareness and build better relationships.

From my sessions, you can expect a client-centred approach where therapy is designed to suit your specific needs with the integration of empirically supported counselling theories and techniques. I do a blend of skills based training, solutions focused and depth therapy for a comprehensive counselling experience that not only addresses more acute needs, but also helps clients work through their past, present and future in order to create a plan for long-term change, proactive health maintenance and positive living. 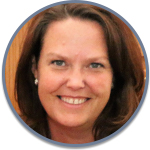 Throughout her career, Amber has worked closely with hundreds of families, primarily foster families, supporting children in their care. She has completed a BA in Psychology and MA in Leadership. Amber brings to Pivot Point 20+ years of hands on experience in addressing the complex behavior of children and youth who live with special needs, developmental disabilities, as well as learning, behavior and psychiatric challenges.

For the past 17 years Amber has been in leadership positions within the non-profit sector; she has experience building highly trained, motivated teams of support staff. Her style is one of collaboration while maintaining superior quality of care and ethical standards.

Challenging and complex behavior has always fascinated Amber and furthers her drive to support families & children with exceptional needs. Over the course of her career, Amber has received training in Trauma-Informed Practice, Positive Behavioral Support, Attachment, Brain-Based Disorders and more.

Amber is also a mother of two active children. She can be found at the hockey rink, baseball field and dance studio when she is not busy at work. Amber and her husband moved to Cloverdale in 2002 & enjoy the close knit community it provides. 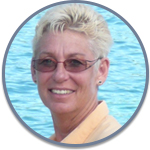 Cheryl joined the Pivot Point team as Regional Manager for Chilliwack/Hope, in Feb 2010. Cheryl has a bachelor’s degree in Education from the University of British Columbia. During her studies she specialized in adapted programs, behaviour management, and integration planning for children with high needs. After completing this degree Cheryl worked as a recreational therapist for 6 years, developing and implementing a variety of programs, therapy and experiences for children and adults with complex needs.

Cheryl has vast experience, knowledge, abilities and strategies for working with complex children, families, community resources and services. She has provided training, and workshops in positive behaviour management. She has been a mentor to co-workers, assessing, developing and implementing positive behaviour plans and programs specific to individual success plans for students and families. 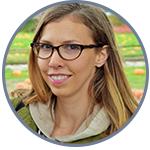 Kerri began working with individuals with diverse abilities in 2007. Her passion for helping individuals and families led her to obtain her degree in Therapeutic Recreation in 2011.

Kerri’s focus has been working with adults and children with various disabilities through 1:1 goal driven therapeutic interventions, adventure therapy programs, adaptive recreation, and multi-day events and camps throughout B.C and Alberta.

In 2015 Kerri joined Pivot Point where she began working in the Adult Services program and supporting other staff to bring about positive change in our adult clients. Currently she works with a team of 60 professionals to help ensure success for those served in the Adult Services program, as well as with teens and their families through our PATH Transition program. This program is not only for teens but also for individuals that have either hit a crossroad in their life or are learning to adapt to new changes in their life. Helping to bring their hopes into reality for a happier future.

Accessibility is key for success for Kerri and her team as they can provide support, In-Person, Online or through phone calls. This allows Pivot Point to meet our clients needs on a level that is best suited for them, making it a positive experience towards that success.

Currently, Kerri is working towards her Master of Art and Counselling Psychology, with her next step up to include support as a clinical counsellor which will allow her to add another layer for the support services that she and her team can provide.

Kerri is excited to continue her growth here at Pivot Point and looks forward to many more years working to increase the quality of life of the individuals and families we serve.